You are here: Home1 / Ukraine Crisis – The Anti-Terror Operation

Donetsk and Lugansk are under the heavy shelling of Kiev artillery which is causing casualties between civilians, 22 in the last 24 hours according to AFP. Mortar shells hit Budionovski neighbourhood and hospital n12 of Donetsk during the night and the siege continued the all day long in the center of Donetsk, where the institutional buildings were abandoned by the public administration staff.
The Donetsk regional prosecutor’s office building, occupied by separatists proclaimed the People’s Republic of Donetsk and the university have also targeted by the intese shelling.
According to the regional administrative authorities, the last three days in the Donetsk area 74 civilians were killed.

Mstyslav Chernov report: “Woke up in Slavyansk.  Heard explosions and suddenly after I found again houses burned, destroyed and people killed by shelling.”

According to rebel forces some 5 thousand people leave Ukraine every day through Izvarine, one of border crossings between Ukraine and Russia controlled by Luhansk People’s Republic.

Supporters and new recruits of Donetsk Peoples Republic rally against Ukrainian neofascism on the anniversary of start of WWII. Donetsk, Ukraine.

Slavyansk and Donetsk after bombing 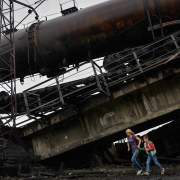 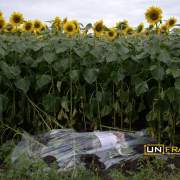 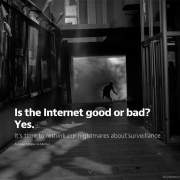 UnFrame on Medium for the Matter publication 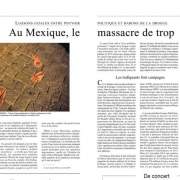 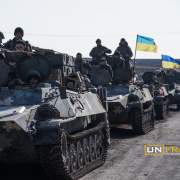 Ukraine troops pull back heavy weapons in the east 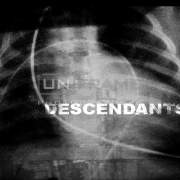 Descendants – The Shadow of Chernobyl
1 reply

Silent gentrification in the heart of Queens